Is the housing sector part of the solution to the oversupply of offices in Mexico City?
Solili | August 18, 2021 | 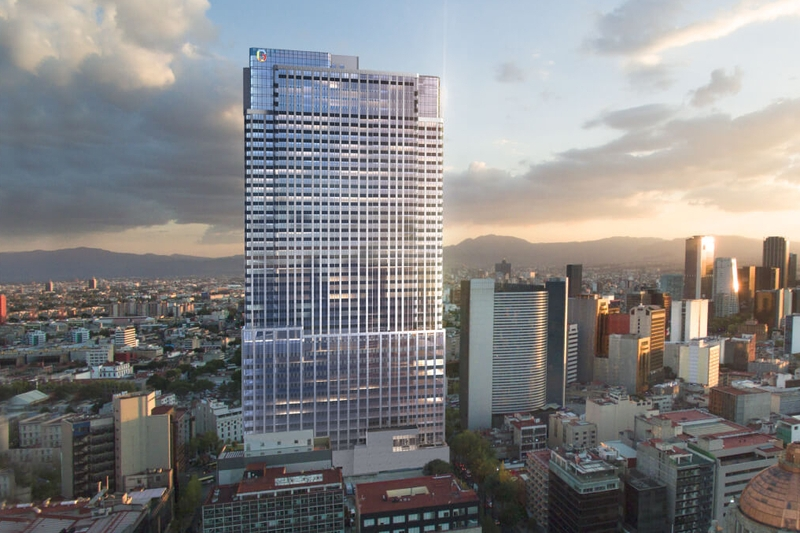 The Covid-19 pandemic in early 2020 had consequences for health and the economy that still resonate around the world. It has generated profound changes in the way we interact in all aspects of life.

If we take a look at the possible consequences in the real estate market, the immediate future is altered and results in an uncertainty of what will come.

Anyone working in the industry has doubts about how our major sectors will continue. Office space; industrial warehouses to manufacture and distribute; commercial spaces for the exchange of goods and services; and finally, the residential space, where after all, whatever happens, we need a place to rest.

One possible way would be to reposition the buildings that would have been used for offices. I remember conversations with colleagues in the same sector who observed the office oversupply in Mexico City and began to wonder how long it would be sustainable.

From my own experience as a co-founder of Solili we had the metrics of a growing glut of new class A and B smart office buildings in the capital.

To measure, the oversupply of offices at the end of 1Q 2021 reached three million m2, 79% of them in Mexico City. Of the total of this vacancy, 65% correspond to Class A Offices and the remaining 35% are Class B.

Now, we know that not all vacancies would have an exit with this scheme, since once the vaccination process has been traced, there will be part of the demand that will recover slightly, another will continue to be leased by large companies that are not going to sacrifice productivity, image and brand advantage by having an iconic office, as Microsoft recently expressed when deciding to return to its offices.

Likewise, coworking, which makes its permanence scheme more flexible and focuses on serving companies that no longer have to spend large expenditures to enjoy a modern corporate image and with connectivity and services adapted to their needs.

Therefore, those office buildings whose construction quality of high standard, large parking facilities superior to those of residential and commercial buildings, and made with current construction technologies, may be considered for the change of uses towards housing.

This market has a massive investment of world-class products that is ideal to adapt to the current requirements of the Mexico City market.

At the end of the day, it is about evaluating what would be "the best and highest use" which in some cases would no longer be an office but could be a conversion to housing.

Each owner must carefully study his building and explore the costs of permitting that allows the change of use and the costs associated with it, measuring technically and precisely the existence of demand.

Check here: The way is paved towards the conversion of offices in the capital

On the other hand, we know well that the residential sector has always been the main focus of both public policies and private initiatives that seek to serve the interests of the various segments of the housing market: economic, traditional, medium and residential.

This sector was characterized by constantly growing demand and a supply that cannot keep up. Situations such as the earthquake of September 2017 showed that the capital of Mexico had average and residential housing supply in buildings that did not meet current construction standards, which resulted in significant damage and even the collapse of several buildings in the historic colonies trendy like Rome, Naples and Countess.

You can probably see where I'm going with this: an oversupply of offices and unmet demand from the residential housing sector. I needed more data and wanted to look at other examples of offices converted to residential projects and specifically in high-density neighborhoods.

I contacted an old friend who has been working in the sector for a long time and he pointed out two specific cases in Chicago, where the population density was 4,447 inhabitants / km2 compared to Mexico City with 6,000 inhabitants / km2, so we think that if something worked there it could be considered in the capital of the country.

In the first case, developer Marc Realty transformed a historic 16-story office building into 132 residential units with a total area of approximately 11,568 m2. Rentals on the list range from $ 1,150 to $ 1,600 / month.

It seems reasonable to consider the interest and purchasing power of the upper middle class and international workforce who value being able to live together in safe buildings with a high-tech standard and an excellent location.

This target audience has little need for parking, looking for well-planned common areas, open floor plans in areas such as Polanco, Reforma or Cuauhtémoc, beautiful neighborhoods with history but requiring new high-end construction to overcome the turbulent past that is often associated with the oldest buildings in these colonies.

In itself, the concept of adaptive reuse or change of use is welcomed by communities as a whole because it brings residents to areas that were traditionally focused on offices.

This helps nearby retailers prosper by attracting more people at all hours of the day and not just during the workday. Similarly, nearby stores and restaurants would act as services for residents who can walk to food options, supermarkets, and more.

Additionally, the cross-flow of employees and residents creates an environment of greater physical security in general.

Smart buildings have the versatility and transformation of office space that would provide the opportunity for creative customization, especially with open floor plans and high ceilings that are all the rage, so investing in research into this idea would be worth it. for existing office owners.

This idea would require considerable market research, but it certainly lays out a strategy that could give investors some breathing space and push Mexico into an era of multi-family products.

In addition to this, the structure of multi-family portfolios for rent becomes a highly desirable product in terms of capital worldwide.

Additional factors are the legal considerations that govern the housing issue. Smart buildings now solve the concerns of struggling tenants.

For example, you cannot turn off a resident's water or electricity, but you can limit their access to parking, elevator, or services. If we assume that rents will start at a certain socioeconomic level, having to park on the street or walk 15 floors, for example, discourages a middle-class professional from being delinquent on their rent.

You just can't afford it. These considerations would avoid traditional vacancies and guarantee security against historically common problems with these types of tenants. And at the end of the day it's a matter of incentives that seem to line up on the supply and demand side.

As a general idea, it would be necessary to explore how the local and national government in Mexico supports initiatives for the acquisition of homes in this segment. In the American case, the government has acted on the supply side, using federal tax credits that are distributed by the states to help developers build affordable housing.

In parallel, the government has also supported the demand side in the form of housing vouchers that are mainly from the Federal Government.

We conclude with an open debate to the developers of office buildings that meet these criteria and thus take a next step towards an idea that would not only rescue the investor's cash flow but also underpin the growth and development of residential and multi-use areas more consolidated.

On the Solili side, we know in detail the location of office and residential projects throughout the city, facilitating an in-depth market study to conceptualize this idea.